Home Health Everything You Need to Know About PRP

Stem cell therapy has been around for decades. However, bone marrow transplants, known as hematopoietic stem cell transportation, are the only well-established and FDA-approved form of stem cell therapy.

Multicellular organisms like humans have cells in their bodies that are undifferentiated or partially differentiated and can differentiate into various types of cells in the body of the same kind or different kinds. These cells are referred to as stem cells and have been used in the fields of medicine and research to treat neurodegenerative diseases and other severe conditions.

Platelet-rich plasma (PRP) is a form of stem cell therapy that uses a patient’s blood sample to create a concentration of platelets that can be injected back into their bodies and promote healing. Different products of PRP can be used to treat different types of injuries. Typical uses include treatments for hair loss and musculoskeletal injuries.

Over the years, scientists have been able to extract stem cells from embryonic cells (cells from the inner cell mass of a blastocyst) to create stem cells by somatic cell nuclear transfer. Somatic cell nuclear transfer involves taking the nucleus of an egg cell and the cytoplasm of a body cell to make a viable embryo. This method of treatment usually sparks a lot of controversial topics, mainly because of how closely related it is to human cloning and abortion.

The History of Stem Cell Research and Therapy

Research into stem cells began over a hundred years ago when Alexander Maximow took an interest in blood and connective tissues. Since his work between 1896 to 1902, scientists have been studying stem cells and conducting experiments using them to determine their regenerative properties and their role in curing diseases. One such scientist, Edward Thomas, successfully experimented in 1969 by performing the first-ever bone marrow transplant using stem cells collected from another individual.

Germ cells, embryonic cells, perinatal stem cells, and adult stem cells are some of the several types of stem cells that have been discovered. Every one of those cells has promised to reshape the definition of modern medicine by providing natural regenerative properties through cell replacement therapies.

Advancements in technology and modern medicine have helped to rapidly accelerate the study of stem cells. The internet has also made it easy for people around the world to access journals, research publications, and studies that are carried out every year.

Despite having different types of stem cells, autologous mesenchymal stem cells are still the most commonly used type of cells for treatment. These multipotent stem cells have been linked to cell repairs in patients with autism, dementia, intellectual disability, and so on. With continuous advancements in the performance of stem cells, the possibility of treating degenerative diseases and musculoskeletal injuries using stem cell therapy increases.

Stem cells are now used to treat diseases where traditional medicine has failed. Cancer patients whose stem cells have been destroyed by radio and chemical therapies can be treated with stem cells to restore those lost while fighting cancer. There is room for more research to be done to understand the biology of these mysterious cells and so that more stem cell derivatives can be implemented into new forms of therapy.

The Invention of PRP

Platelet-rich plasma injections are becoming increasingly popular in medicine to treat injuries associated with the muscular and skeletal structures. Treatment using a concentrated solution of platelets began seven decades ago. Patients suffering from thrombocytopenia were treated with transfusions of platelet concentrate. Over the years, the demand for applications using platelets has evolved to treat more than just low platelet counts.

In the 1980s, PRP was first used during open-heart surgery, and its use was extended in the early 1990s to trigger wound healing in cancer patients who had undergone reconstructive jaw surgeries. In 1999, Anitua described the use of PRP in bone regeneration. More research backed up this phenomenon and led to the treatments of chronic cutaneous ulcers, dental implants, teeth regeneration, tendon healing, and orthopedic sports injuries.

After its success in the field of orthopedics, PRP was used to trigger and accelerate the healing of muscle tissues, tendons, and ligaments. In 2009, this hypothesis was confirmed and published after successful experimental studies with animals.

The use of PRP in cosmetic surgeries and cosmetic dermatology began in 2010. Patients injected with PRP reported having younger-looking skin with improved hydration, elasticity, and color. Recent discoveries have shown that combining PRP injections with micro-needling resulted in more organized collagen bundles in the skin. Patients with acne scars reported more minor markings on their skin after the therapeutic use of PRP injections and CO2 laser treatment.

How is a PRP Injection Made?

From the name, PRP injections are made by extracting platelets and plasma from a patient’s blood sample to create a concentration. To make a PRP injection, blood is drawn from the patient and placed in a centrifuge. A centrifuge is a machine that manipulates the use of centrifugal force to separate a homogeneous mixture of liquids based on their densities. The method separates red blood cells and other blood components from the plasma and platelets.

Plasma is the liquid part of the blood that suspends blood cells, proteins, enzymes, gasses, and other organic materials. Platelets are one of the blood cells. It is the clotting factor in your blood that prevents wound infections by promoting wound healing.

Aside from their clotting abilities, platelets have growth factors whose functions are manipulated for therapeutic PRP treatments. The growth factors are able to trigger cell reproduction as well as stimulate tissue regeneration and healing.

After the PRP has been separated from the rest of the blood components, the resulting solution is injected into the target area to promote hair growth or healing due to trauma and joint injuries. Scientists have not yet fully understood exactly how PRP injections work. However, they hypothesize that due to the increase in the concentration of bioproteins such as growth factors in a target area, the body is able to cut down on the healing time.

Pros and Cons of PRP

PRP has revolutionized medicine similarly to how stem cells have helped treat diseases that before were categorized as incurable. Other advantages of PRP include:

As much as PRP injections are have proven to be useful, there are some downsides to using them:

PRP has a long way to go and it already offers so much potential. However, more conclusive research has to be done for people to understand the treatment. 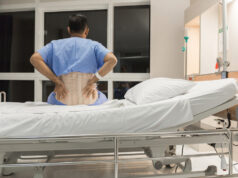 How to Manage Moderate to Severe Pain After Surgery: 5 Tips 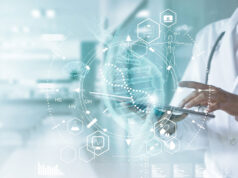 How much-powdered Vitamin C should You take daily?

If you have any suggestions and queries you can contact us on the below details. We will be very happy to hear from you.